A wee while back the only New Zealand bitcoin exchange released its trading API. I immediately jumped at the chance to make something with it. And so, I’ve made an API library. It’s called bitnz-angular.

I’ve added it to the bower registry, and that feels kinda weird. It’s the first thing of mine that’s been added to any of these package registry things.

Like most things I do, they’re done to learn a bit more about the stuff I’m using, and to satisfy a project that I want to make. In this case, I started making a redesign of the bitNZ user interface.

With my friend Jordan, we set up an Angular based single page web app that intends to improve upon the user experience of trading bitcoin on bitNZ. We’ve called it Pretty bitNZ. 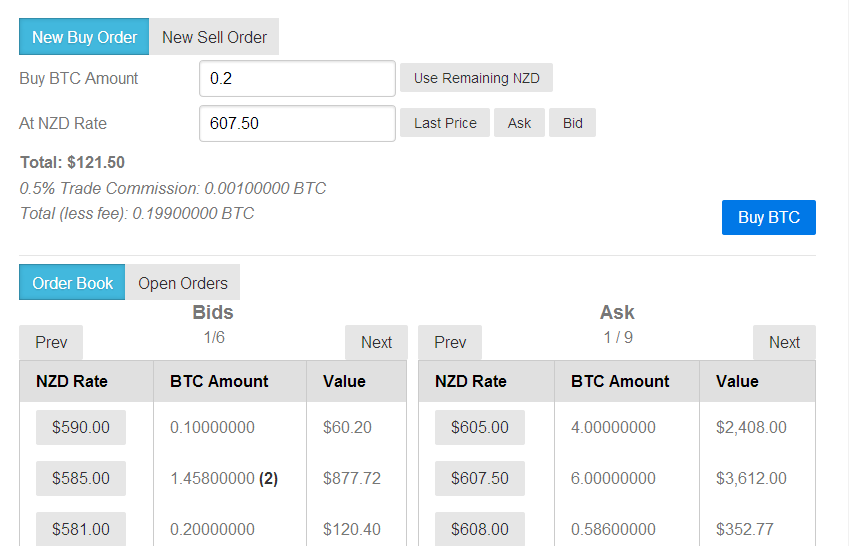